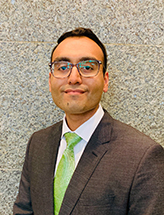 Akshay Verma is from and calls Edmonton home. He completed his Bachelor of Science in Biological Sciences at the University of Alberta, graduating with Distinction. During his time spent with the Faculty of Science, he was involved with various research studies, namely with the Alberta Brain and Cognitive Development lab, and the Department of Palaeontology under scientist Phillip Currie, where he contributed as a Research Assistant for a collective of 2 years for various group and individually-led research projects. After completion of his BSc, he attended the Faculty of Business for their Bachelor of Commerce After Degree, in Accounting. Prior to finishing his BComm degree, he accepted a seat at the School of Law at the University of Leeds. Upon obtaining his LLB, with Honours, he transferred to the University of Alberta, Faculty of Law to transfer his credentials and finished his legal studies in April of 2019.

Akshay articled under Walter Raponi with Raponi Rideout Tarrabain over the 2019 term, where he appeared in Court regularly to speak to matters in Docket, assisted with Trial preparation and research, conducted Bail hearings and Resolutions, and coordinated tasks with the CMO. Akshay joined the firm of Raponi Rideout Tarrabain after his articles as an Associate. Apart from Criminal Defence, Akshay also works in the fields Family law, small Civil claims, Personal Injury, and Wills & Estates. Being fluent in Hindi, Urdu, and Punjabi, Akshay would be happy to speak with you over the phone or meet with you in person to discuss your case. 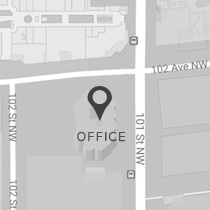 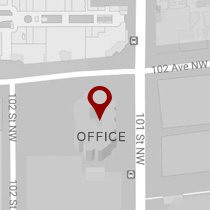 Find Out What We Can Do For You

We are here to answer your questions, address your concerns, and provide you with legal advice that you can count on.

Raponi Rideout Tarrabain is open to serve you, however, due to the impact of the COVID-19 (coronavirus) we are moving to a mostly remote environment. We are following Alberta Health Services updates about the impact of COVID-19 and acting on their advice. During this time we ask that you do not attend our offices in person but continue to connect with us at 780-429-1010 or by using the contact form on our website. To protect everyone’s safety, we will arrange in-person meetings on a case-by -case basis.

The COVID-19 pandemic has caused disruption of all public activities, including the operation of the courts in Alberta. Your Court date may be affected, especially if you have been recently charged with an offence or served with papers regarding your family matter.

WE ARE HERE TO HELP YOU. Please contact us and we will be happy to discuss the status of your matter and let you know when your next court date is and what we can do to assist you.

The use of the Internet or this form for communication with the firm or any individual member of the firm does not establish a lawyer-client relationship. Confidential or time-sensitive information should not be sent through this form.

Thank you for contacting Raponi Rideout Tarrabain!
Your email has been sent!